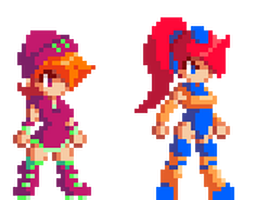 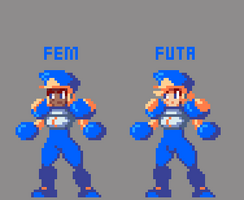 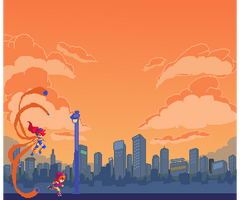 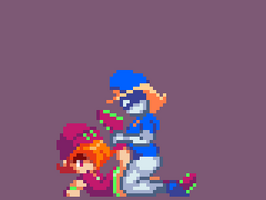 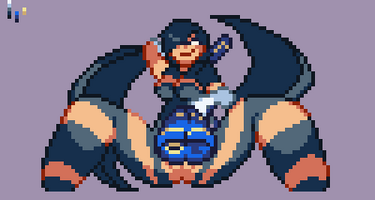 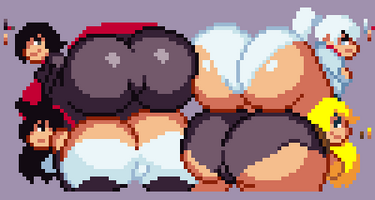 Sorry there hasn't been an update in a while. Like Renapet, I wanted to get a new build out by the end of April, but I realized there was a lot of structural problems the game has since I made it during a game jam and rushed quite a few things. I wanted to add a few new sprays and a new enemy,  a sprint officer that would run at you so you'd have to react to them quicker. But I had to put them aside so I could focus on getting the game at a better shape. Like Renapet, I didn't have a proper resolution in mind when I was making the game, which is a  BIG nono when it comes to pixel art. So now I'm working on making all the art assets fit the resolution of 384 x 216 and making sure there's a consistent pixel density with everything.  I'm also thinking of having some alternate enemies that have the same functionality, but have different designs and sex animations. This was I can have a bit more variety in the animations and ccan include things like futa edits or things of the nature. Things will be structured so that it will be random which type will spawn, but I understand that people might want the option to turn certain features off, so I'll do my best to add that in to so you can cutomize it to your liking.  So it will take a little while to get the update out, but it should fix a lot of the small problems the game has and I'll still be adding content to it as well. I'll include some of the art assets and a few concepts I'll be adding to the game.

I don't know when the next update will come since I have to restructure a lot of stuff, but I'll try my best to get it out soon. You can keep track of my progress on my Blogger and Tumblr. Feel free to follow if you like what you see.

(18+) Dodge the police and coat the town in pervy graffiti!